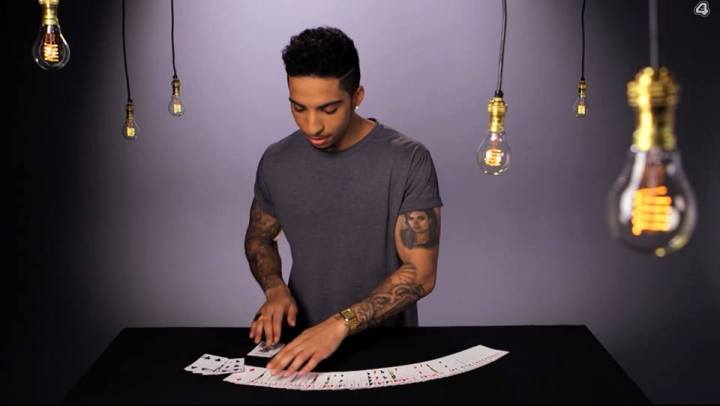 This post might be different from what you guys are used to, but it will be the first one of my entertainment section. In this post I would like you to meet Troy. A young and very handsome magician from Southeast London who now has his own television show on the Discovery channel. It was about a month and a half ago that I came across his show while zapping on tv and his looks made me stop on the Discovery channel immediately. And what a discovery it was. Ladies, you’re gonna thank me for this one. The name Troy made me think of a series or something, but when I read in the info that he was a magician, I had to see the show. Sadly, I was on my way out and couldn’t watch it at that moment but I recorded it and finally had a look today. Together with my mom I watched the show and then went on YouTube on tv for some more. We experienced a very tricky Tuesday.

For those of you who already know Troy from tv, maybe accidentally found him on YouTube or maybe even met him in real life, you know how amazing he is. Not just talking about his looks, but he is one heck of a magician. Seriously!! The boy does magic like I’ve never seen before and he does it with such confidence and grace. Must be the English in him. His street magic, as he calls it, will make you seen tricks like never before. If you don’t know him yet, when you see him you’re gonna love him. He is also very stylish and fashionable and that’s why he is worthy to be talked about on my blog. Enjoy.

Like I said, Troy has a good sense of style. Watch how he implements fashion into his tricks. Ilusionista y Fashionista.

Troy was also in Amsterdam and performed some of his magic on a few ladies.

Find more of Troy on YouTube, where the clips and episodes are also available in other languages, like on this channel.