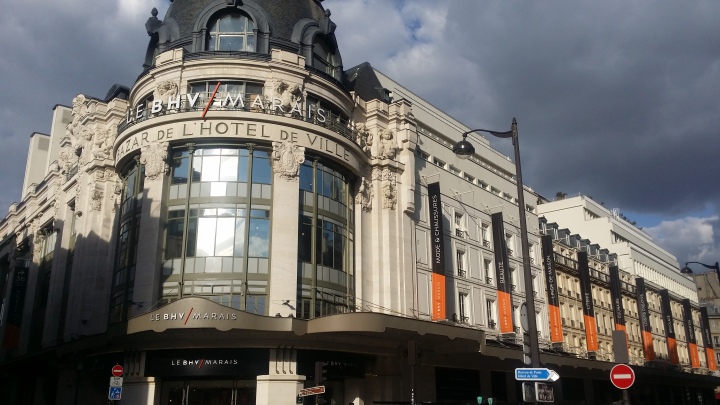 Here it is then. Finally. The photos of my Paris trip in the summer of last year 2015. In the previous posts, I talked about the trip and gave you a look at the outfits for day 1 and day 2. In this post I am going to give you the highlights of the first day, on which I kicked off the exploring in Le Marais.

On day 1, as you may know if you’ve read my Solo to Paris post, I got a nice welcome breakfast from my Parisian friend, who went to the bakery to get us al sorts of French pastries and bread. This goodness was of course accompanied by a cop of fresh coffee and orange juice. Can’t do the French Petit Déjeuner without le Jus d’Orange et le Café, right. After my nap we spend the afternoon in Le Marais, where we visited the Place des Vosges park and the shopping streets, including some of my favorite brand stores such as Guerlain. We ended the day with a tasteful dinner at a Chinese Restaurant called Le President.

Sit back, grab a drink and enjoy scrolling through my first Paris Travel Diary. 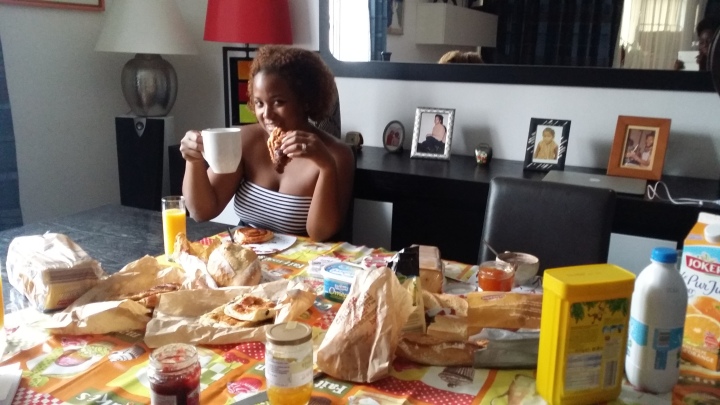 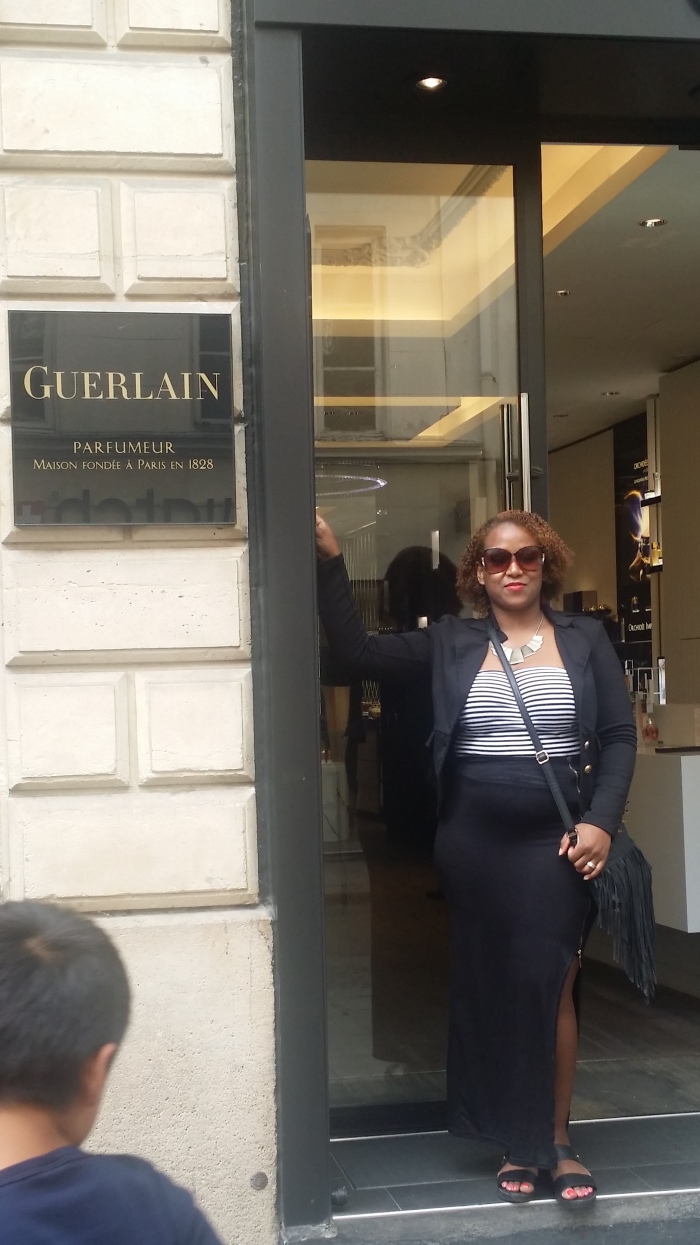 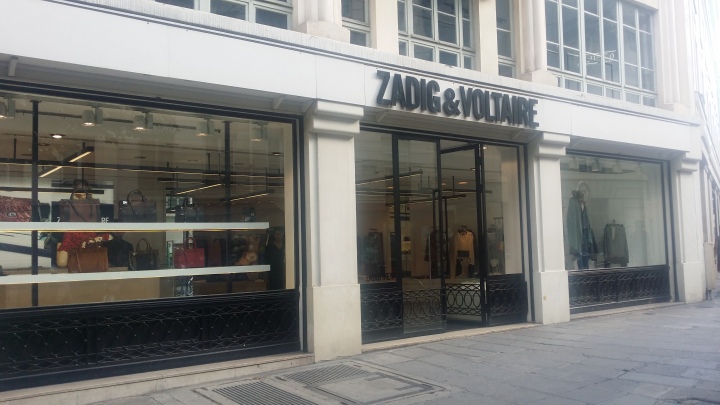 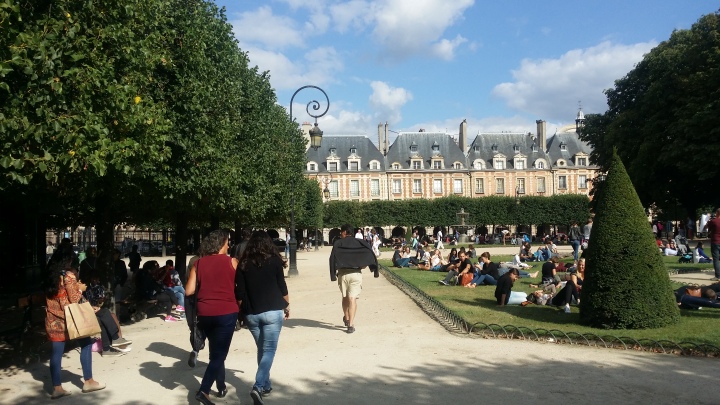 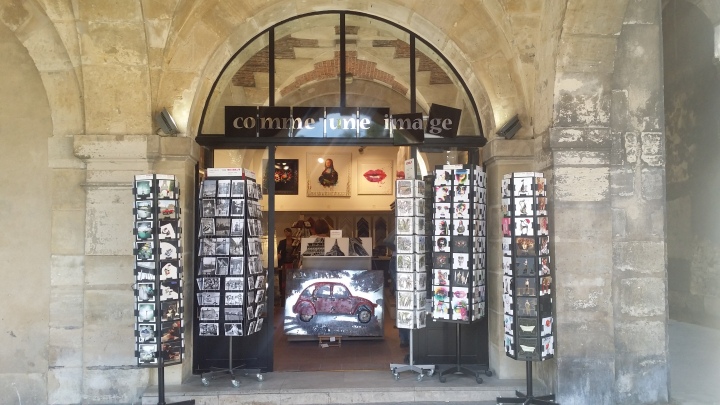 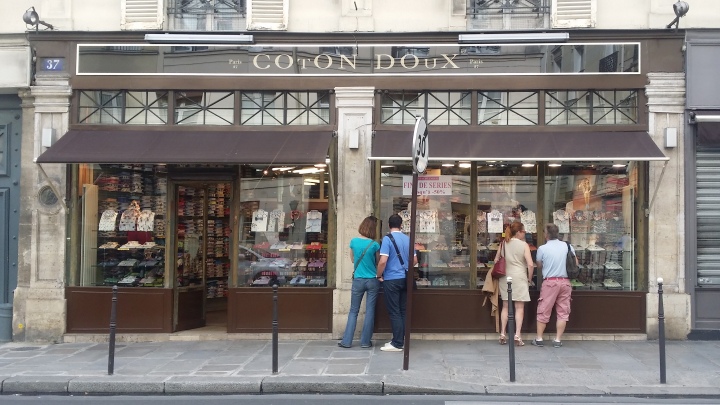 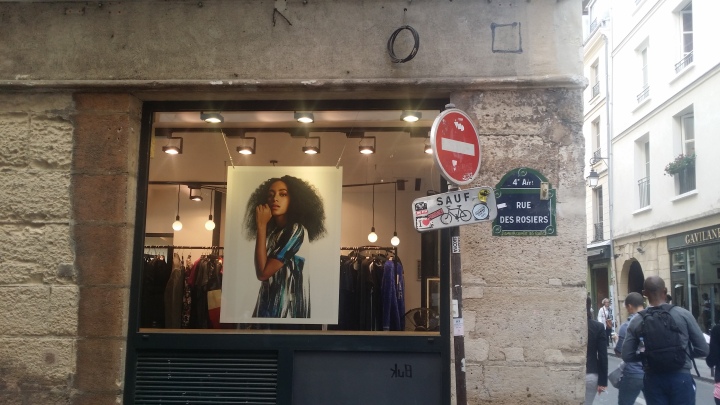 We really didn’t know what this guy was all about, but his ride and his outfit were so interesting, that I couldn’t help to snap a few pictures of him. Check out the lights on the bike. Yes, those were real candles: 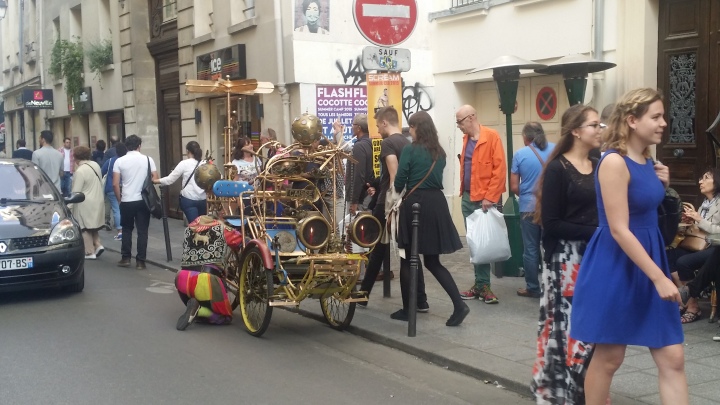 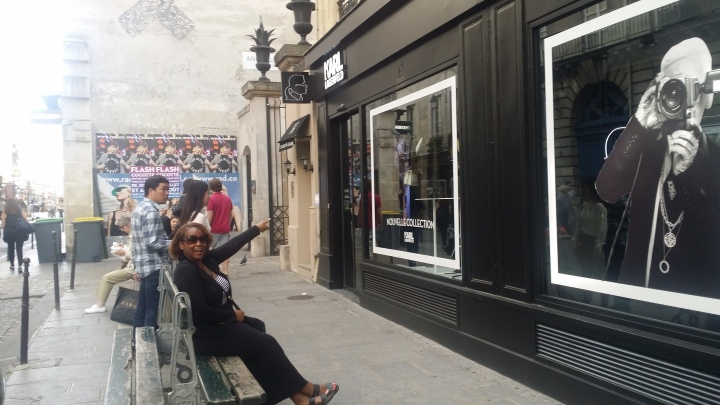 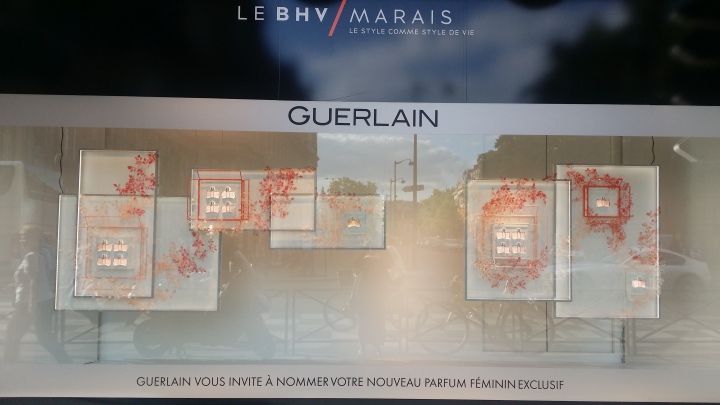 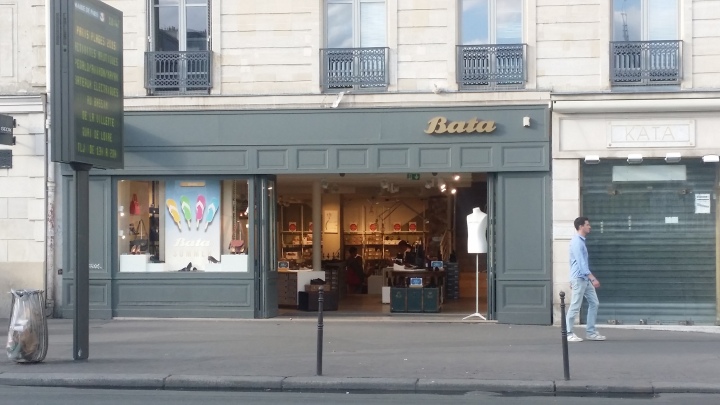 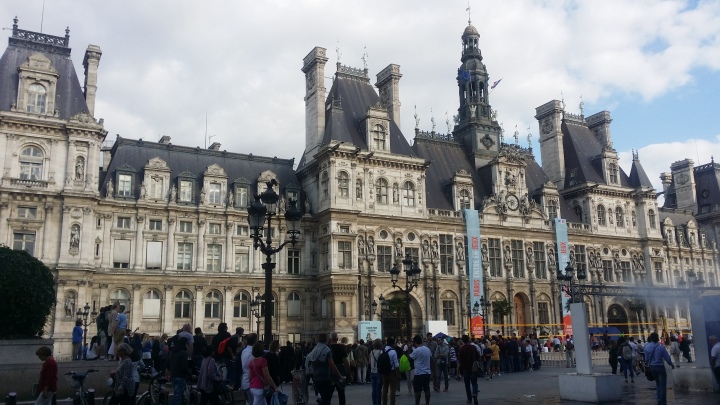 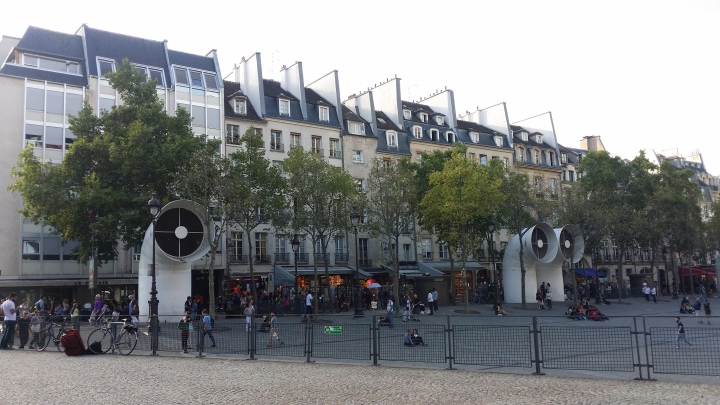 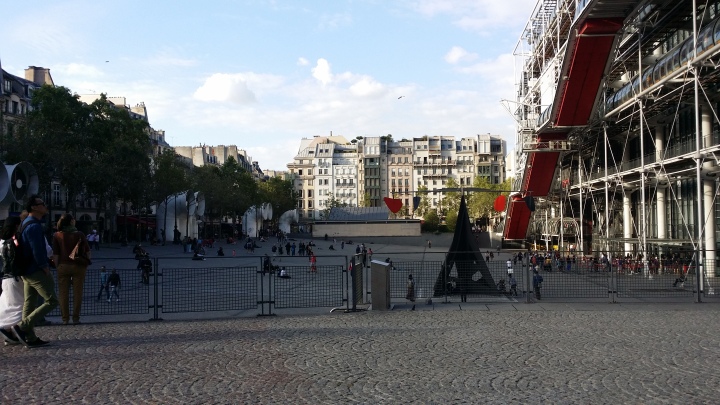 Wondering around Le Marais made us hungry and we wanted to have some good food. From my previous visit to Paris, I remembered going to a Chinese Restaurant, so my friend suggested to go to Belleville, where the Parisian China Town is. The minute we walked up the Metro station stairs, there was a nice looking restaurant almost in front of us. Le President. Just like there was one in front of us when coming up the stairs from the Metro years ago. At that point I could swear it was the same restaurant, so we went in there and ordered us a meal. When I was inside, I wasn’t sure if it was the same place, because it looked different, but I am almost certain it was also in Belleville back then. Maybe they got it redone, who knows. My friend went for noodles and chicken and I went for tofu and veggie fried rice: 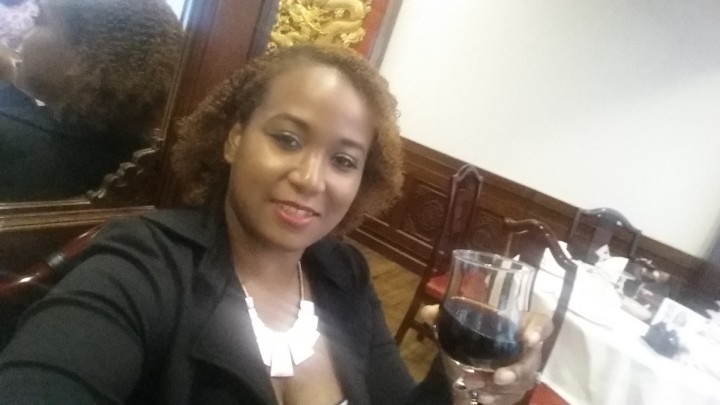 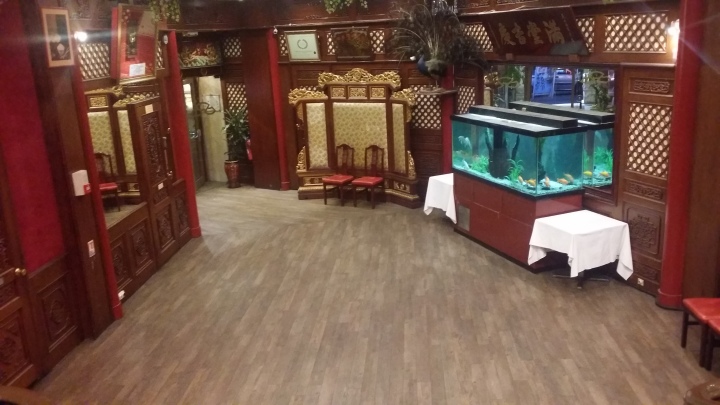 This first day was such a blast and I really enjoyed walking through Paris with a local who knew exactly where she was going. Looking around, I could tell that the people were all dressed pretty casual and laid back just like me. That French Je ne sais quoi was clearly notable on the streets. Also I noticed that many people were playing the stripes game just like myself that day.

Have you ever been to Paris? What did you like most and what did you notice on the streets? Let me know in the comment section below.

Up next is the Travel Diary of Day 2 in Paris.. Stay tuned mon Chéri!