There it was. The movie première every “Fifty Shades” fan was waiting for. On Wednesday 7 February 2018 the day was finally here. Chapter 3: Fifty Shades Freed was playing around the cinemas nationwide. Even though I really wanted to see the movie as one of the lucky firsts, I still waited one day longer, because I wanted to see it with a girlfriend who wasn’t able to make it on the 7th.

On Thursday morning I found out that our girldate wasn’t going to take place, because she couldn’t make it that day or the next day and in the weekend I couldn’t make it. We set a date for Monday, only to find out a few hours later that she wasn’t able to make that one either. At that point I told her to never mind and that I was going alone, because at this rate it was gonna take too long and I was already too eager. But I made one more attempt to see it with a girlfriend, so I just spontaneously asked another friend whom I thought was too busy at first and not sure she would be into this film. Turned out she already made plans for that evening and asked me why didn’t I call sooner. Well, because I thought she was at work and I didn’t want to bother her. Being in her neighbourhood and haven’t seen her for a while, I wanted to know if she would care to join me, that is if she is even a “Fifty Shades” fan. She also couldn’t.

What did you think I did? Yes! As the title suggested, I went on a date with myself. After waiting for so long to see this movie, I wasn’t going to wait any longer, not knowing exactly when any of my friends would be able to go with me. No. Life is too short to sit around and wait for people, no matter who it is or why they can’t make it. For a minute I hesitated to go see the film on my own, but then I asked myself: If I knew that this would be my last evening, what would I do? Answer: Go to the movie and go home to my loved ones. That’s exactly what I did.

Sadly I missed the first few minutes. Again, like with the Fifty Shades of Grey movie. Because I was on a hunt for a quick simple outfit to fit this date with myself. It was black on black with pink details. Luckily I still got to see the moment Mr. Grey gently slipped the ring on the finger of Mrs. Grey.

Without being a spoiler alert, I want to quickly tell you about:

The seven things I liked about Fifty Shades Freed

The fact that Anastasia has come out of her shell, speaks her mind and takes charge.

The fact that Anastasia is not afraid to set Mr. Grey straight when it’s needed.

The fact that Anastasia knows how to be an independent woman if she has to.

The fact that Mr. Grey lets Mrs. Grey really be Mrs. Grey in every way that counts.

The fact that marriage hasn’t killed the passion between Mr. and Mrs. Grey at all.

The fact that Mr. Grey begins to understand that Mrs. Grey is to be treated as an equal.

As a strong independent woman myself, I do believe that men and women should be treated equally and that this is to be reflected in a relationship. What started as a power play in (and maybe even out of) the play room, has slowly shifted into something else. As there are critics who might be negative about certain aspects in the movie, I am glad to see that what once was, is now being positively shifted ( if I am not being to cryptic). Those of you who have seen the movies know what I mean.

But let’s be honest. The thing that we women like most about the “Fifty Shades” movies and the reason all the showings were sold out on the première day of this third movie, is the fantasy of a man like Christian Grey, who may or may not exist and, despite his particular ways in the bedroom, the way he loves his woman. YES!

The look for the day. More about my ootd in another post. 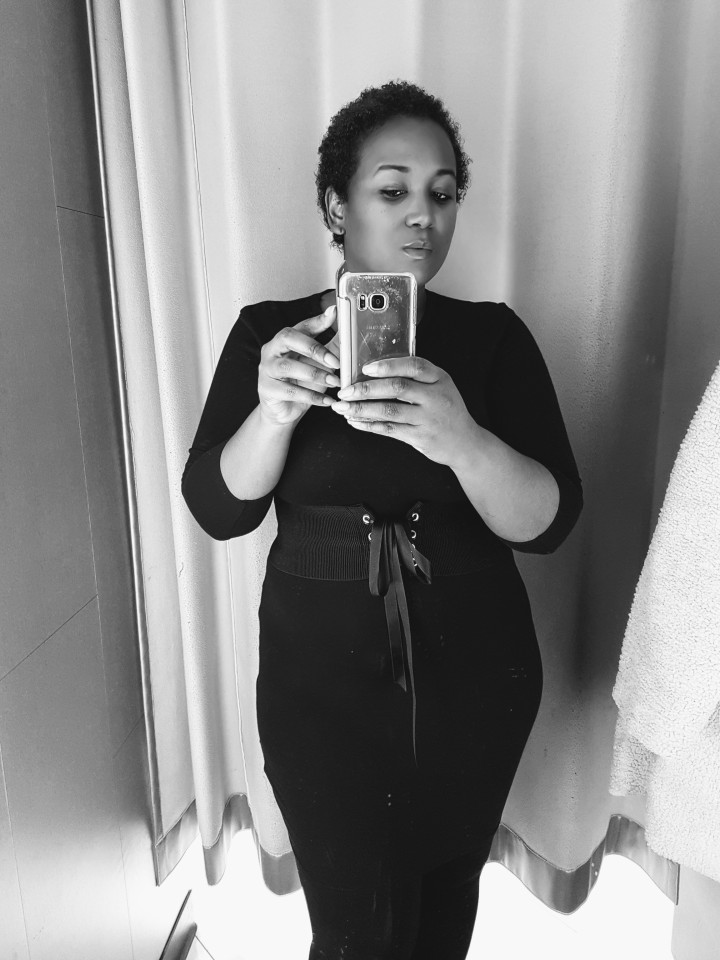 If you haven’t seen Fifty Shades Freed yet.. Go check it out.