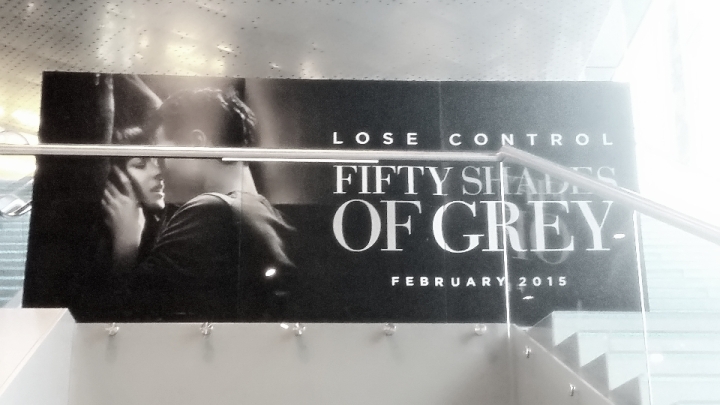 Last Friday I went to see the film Fifty Shades of Grey in the cinema 1 day after the première. If you’ve read my post about me getting ready for this film, you know that I wrote it right before I actually left the house. Before I went off to get my Fifty Shades on, I felt the need to share it with you and told you that I have not read the book yet. What I also said is that I would at least read about the first encounter of Miss Steele and Mister Grey before seeing the movie (and let the rest of the story be a surprise). Well, I didn’t. Between proofreading my post and getting ready to leave, I didn’t have the time. Even if it took me 10 seconds to put together my outfit. What did I think of Fifty Shades of Grey? Read on as I tell you how I experienced this film and watching it with my best friend. And how I almost didn’t make it.

Because of writing my post you can imagine I was running late and on top of that I still needed to fill up my car. So I was running around the house, managed to put together an outfit like that, did my hair and fixed a quick make up look. “Urgh!! My girl is going to kill me”, I thought. Once on my way to meet my friend, as we we’re going with her car, she texted me to say that she also needed to fill up her car, meaning I had to wait on her at our meeting point. By then we were already late for the movie. Still we took our chances because we know commercials and trailer can take up to 20 minutes. When we finally got to the cinema the film had already started and we missed like the first 15 minutes. Needless to say that I didn’t read about the first encounter in the book nor have I seen it in the film.

After hearing so many things about the book and listening to speculations about the film, I still went with an open mind and curiosity to see what I would think of the story. Having not been able to read the book, I was surprised to find out three things that people around me didn’t mention when discussing the book. One is that miss Steele is still a student at the beginning of the story and another one is that this is not so much a steamy erotic story from a woman as it is a story about a kinky man, Christian Grey, who wants to live his fantasies in real life with women – Anastasia Steele . That last part was always a little vague to me. Funny thing is that I told me best friend, while watching the movie, that I thought it was about a business woman and that it all started with a business interview, to which she replied that I didn’t read the book well. Truth is that I did only read the first three pages, but indeed it is clear from the beginning that miss Steele is a student. When I got home, I read the first page again, so I must’ve forgotten that somehow. It even says so on the back. Anyway..The other thing I was surprised about I won’t tell. It might be the biggest surprise of them all to people who also know nothing about the story. In this case I will let you find out or figure out what I mean for yourselves. 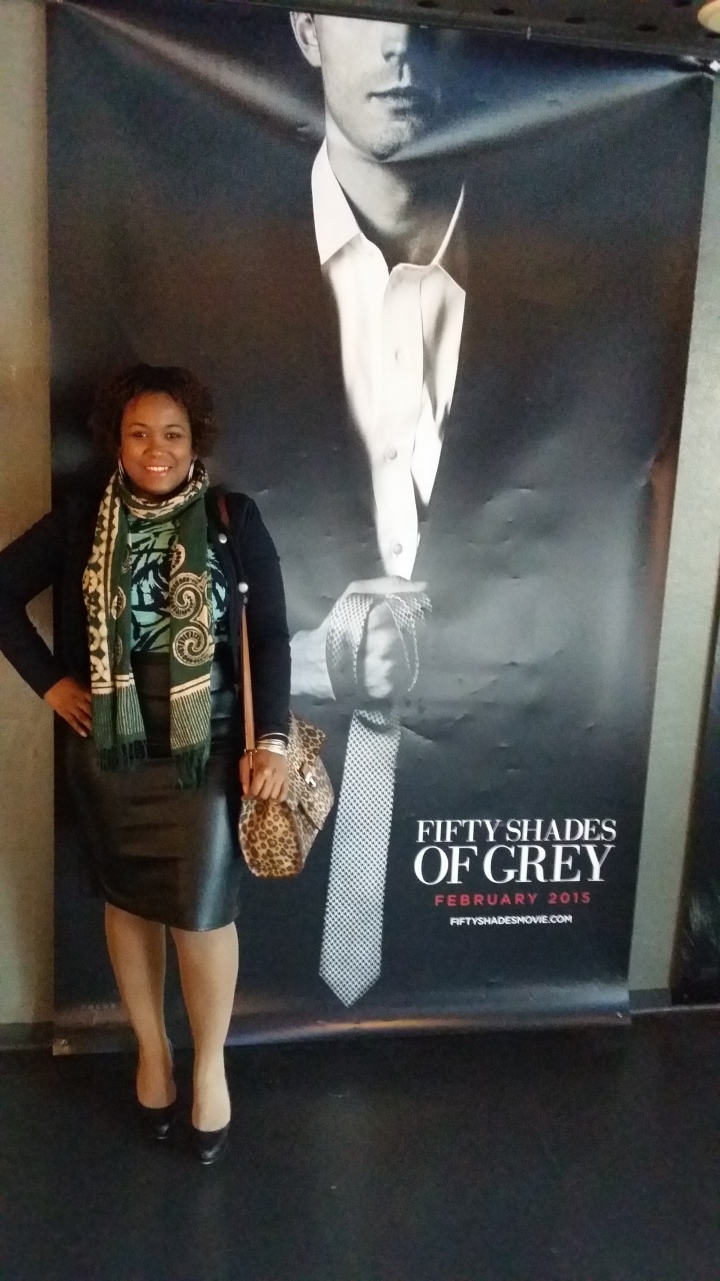 Surprises and opinions aside, I’ll tell you that I enjoyed watching this movie with my best friend. Because we have a good band and tell each other a lot during our girl talks, it was not awkward for a second and we could crack jokes together during some scenes. This movie is of no comparison to any other movie I’ve ever seen, so I’m not even gonna start doing that. But it is a good movie to go see with your girlfriends and share the excitement together. If you are curious to see Fifty Shades of Grey now, I’d say: Go check it out!

Details of my outfit for that day (picture above) will be in a separate outfit post.

Because I missed the beginning of the film, I will go see it again with another girlfriend to catch the full story. This time I will be on time! Stick around for part 2.

One thought on “Girls Day Out: Fifty Shades of Grey pt. 1”