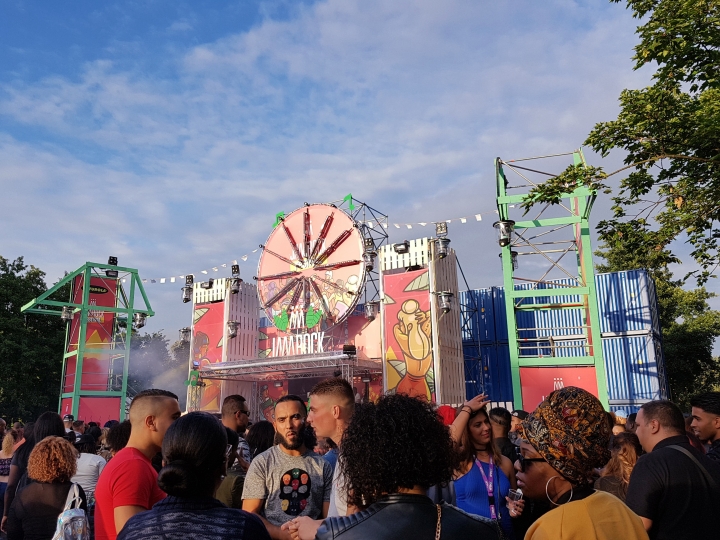 As you may already know I have a lot of catching up to do with editing and posting my vlogs, like I told you here. Bit by bit I am getting there, because I really want to share all my amazing footage with you. In my latest vlog upload I am bringing you along on a party weekend at the end of june and start of July 2017, featuring a bachelorette party in the centre of Amsterdam, Keti Koti Festival in Oosterpark, Amsterdam and.. The first edition of Jamrock Festival at Balkenhaven in Zaandam!

For those of you know who didn’t know yet, Dancehall & Reggae and Soca are my favourite music genres, since I am a Caribbean girl who grew up with this music coming out of the speakers at home, on the streets, on the bus, in the car and at major street events in Paramaribo. You wouldn’t believe the collection of cd’s and dvd’s I have at home with these tracks, video’s and live shows on them. Still to this date I listen to Dancehall & Reggae music in my car and at home. Guys, I even created a private playlist filled with dancehall tracks on YouTube. So when Holland’s number 1 Dancehall & Reggae Party Jamrock organized their first edition of Jamrock Festival, I had to be there.

The Jamrock party scene has been around since 2005 and after 12 years of throwing the best Dancehall & Reggae parties in The Netherlands, a festival was just a matter of time. As a loyal supporter of Jamrock since the beginning, it was not only natural to make an appearance at Jamrock Festival, but also to vlog it for my followers and viewers. Because maybe you Dancehall lovers up here also want to join the best Dancehall & Reggae party movement when you visit The Netherlands after seeing this.

Now go and enjoy the vlog!

For the story behind my Jamrock Festival look and the outfit details, check out the outfit post.