In this post I am giving you a look at the outfits I wore to go see Black Panther the first time and the second time. After all the teasers, trailers and hype on social media about this movie, I had to go check it out for myself. Not only as a Marvel fan, but also, of course, as a woman of African descent. But what to wear?

After reading about people who were busy putting outfits together to wear to the movie and then seeing the video about the African inspired costumes, see my previous post, I almost got carried away with the excitement of a special Black Panther outfit as well. The same day I saw the video I called a friend who was also in deep anticipation for Black Panther to go see the movie that day. Since our mothers wanted to see it also we decided to take them along. After a brief discussion we decided not to see the pre-premiere that day on Tuesday 13 February, but wait until Friday 16 February when we both were available again.

Because my friend wasn’t really feeling the whole African inspired outfit and wanted to go as herself, we decided to wear all black instead. If I was going African style, I needed to that with people who were on board. So black on black was the look to go see Black Panther the first time. 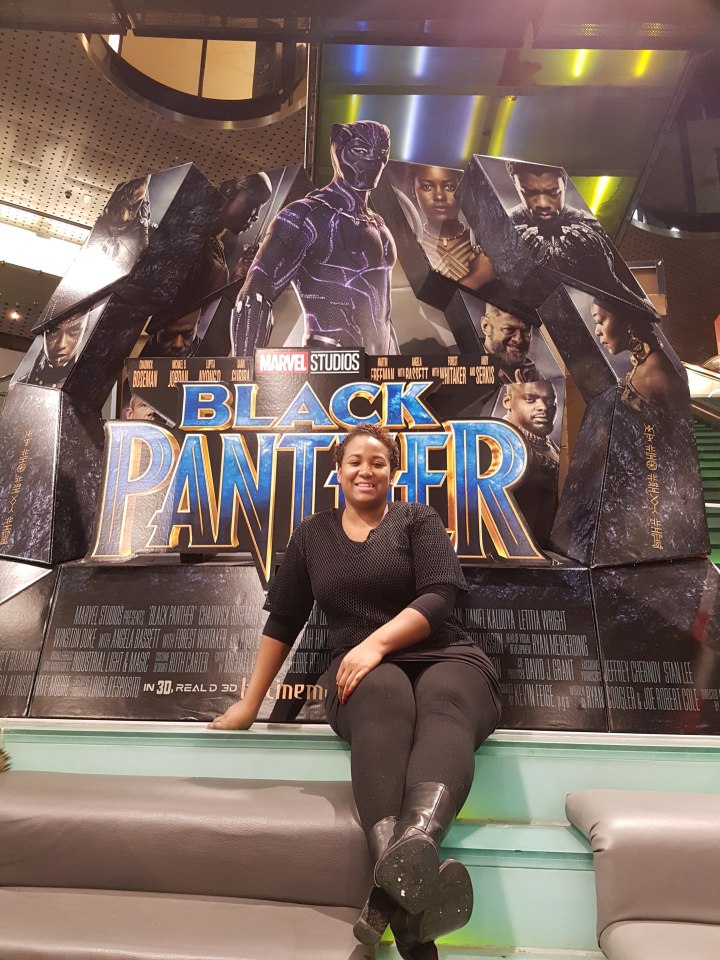 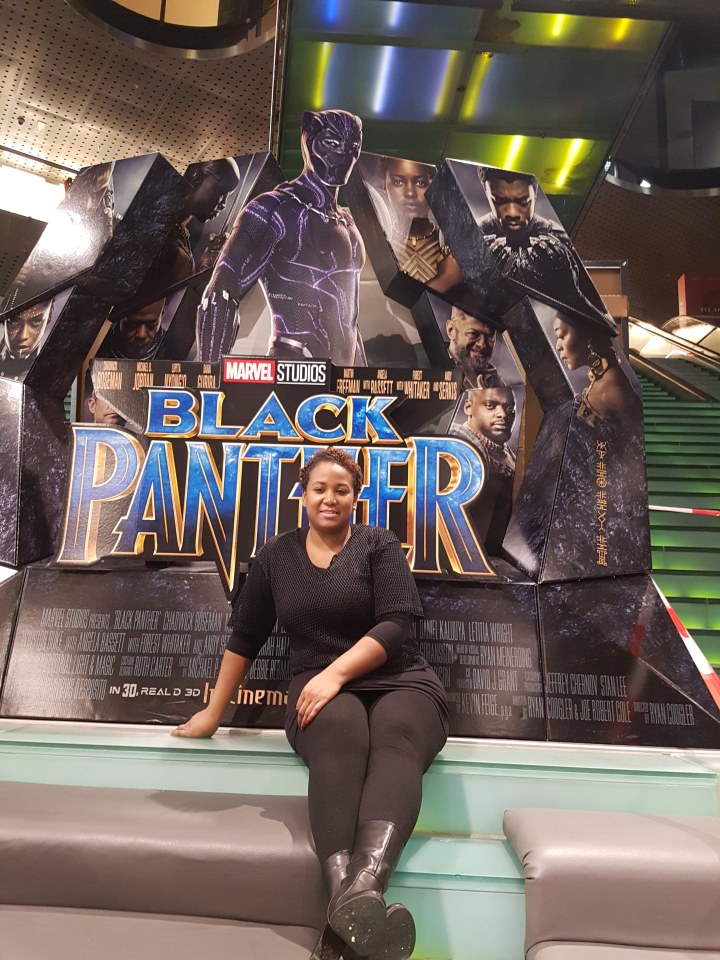 After I saw the movie the first time, I really wanted to see it again a second time. For this time I wanted to put some more thought into the outfit, but since I was also visiting the Huishoudbeurs that day and was going straight to the cinema afterwards, I needed something that reflected both the theme of the Huishoudbeurs and a movie like Black Panther. Something with gold and black. So I opted for my cheetah print dress that has a brown golden colour to it and my black faux leather jacket with gold details. Gold accents for the theme of Huishoudbeurs and cheetah print and black for Black Panther. There you go. 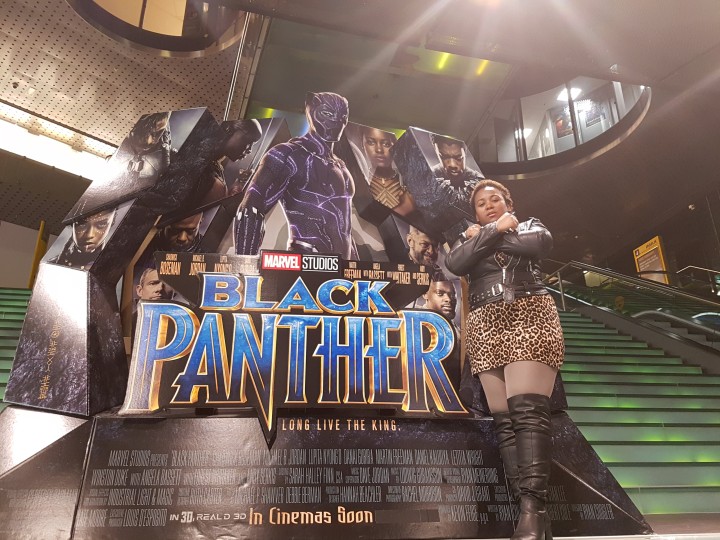 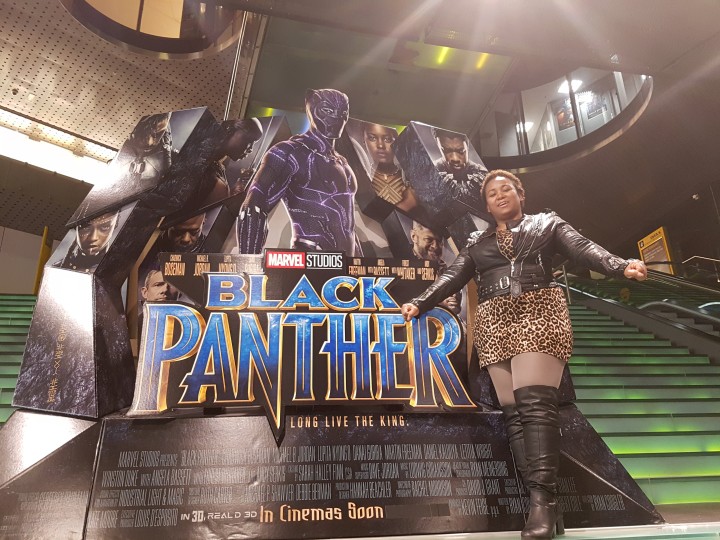 Why I went to see Black Panther two times? First of all, because my mother and I missed the beginning and second, because this is the most epic Marvel movie yet. A movie about a king who shows that he is worthy off being king, who fights to protect his family, love, people, country and throne. A king who doesn’t hold a grudge and teaches us that love and togetherness can save humanity. All of this with a piece of African culture that is portrayed in a very respectful way, mixed with jaw dropping African costumes and futuristic technology. Not to mention strong women who are truly strong! Black Panther is a game changer in the history of the MCU and superhero movies. Period.

Trust me that I will go see this movie a third time.

RRIVIÈRA TRIP DAY 1 - NICE Happy to be back in my beloved Nice Ville. 😃 This city stole my heart from the very first day I arrived. #travelmoments #memorylane #InduellaTravel #InduellainNice
Happily taking a trip down memory lane this month, since making new travel memories is not gonna happen right now. Last year April I was in the French Rivièra having one of the best trips in my life. Let's take it back to this experience in the Côte d'Azur. Starting with this beautiful view before landing in my fave city of the Rivièra.. Nice! 😍💙💗🌴 #travelmoments #travellife #InduellaTravel
01 APRIL 2019 🛬 PT. 2 One year ago on this date.. A trip that was in the making for a year. Landed safe and sound in Nice with @transavia, one of my favourite airlines. 💚💚💚 Stay strong #Transavia. Stay safe everyone. 😘 Can't wait to travel again. 😃 #travelmoments #travellife #travelgirl #traveltheworld #InduellaTravel #alwaysonaplane #InduellainNice #enjoylife #wanderlust